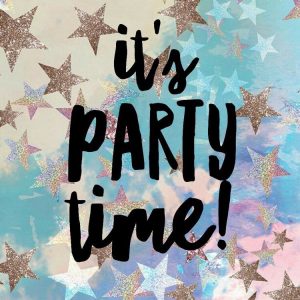 My young daughter loves to be naked. Her innocence is beautifully unspoiled. Her enthusiasm for music, nature,
friends, the moon, often results in her shedding all of her clothes, running and dancing in the utter delight of being alive in her body. She loves the feeling of being herself, in herself. It is a lot of fun. We often say the party hasn’t started until our girl’s got naked.

However your own childhood ecstasies manifested, fast-forward a few decades. How often have you heard yourself, or a female friend or relative say ‘I hate my hair/thighs/hips/feet/whatever’? My guess is too often. A friend recently told me ‘You’ve never met someone who hates their bum as much as me’. I have no way of knowing if what she says is true; hatred, like love, is subjective and unquantifiable. True or not, it represents an attitude I come across far too commonly to comfortably ignore.

In my role as a teacher of yoga, I meet women almost every day. Women of all ages. Women from a wide range of backgrounds and occupations. Women who find themselves in a yoga class for a huge variety of reasons. Women, too many of whom experience some level of fear of, loathing for or dissociation from their own bodies, or parts thereof. This applies to men too of course, who are certainly not excluded from this conversation, but I am particularly interested in why this body-horror manifests more frequently and more overtly in women and how yoga can map a path to acceptance and emancipation.

It would be completely incorrect to suggest that women spend their lives obsessing over how they look. Most don’t; we have more important things to get on with. But few would dispute that as women we are expected (by society, by patriarchy, by hierarchy), to aspire to look a certain way; and if we don’t conform to current trends then to wish to be different. There is a normalised, deeply embedded cultural expectation that we should spend quite a lot of time thinking about how we appear. Looking good (and wanting to) is great, it’s healthy, when it’s a natural expression of an inner state of sthira (stability) and sukha (comfort). It means that the outward appearance of the body need not present a distraction from more meaningful aspects of our lives. But women’s bodies are still being systematically commoditised, colonised and mined for profit.  As women, as people, we deserve better. Our daughters deserve better.

Feeling bad about oneself is not erroneous or weak, and to imply that it were would be irresponsible. The quest for eternal positivity is a myth (younger sister of Naomi Wolf’s ‘Beauty Myth’ of, yes, thirty years ago) which, just like standardised concepts beauty, is pedalled very effectively by the corporate machine. It keeps us buying stuff, oils the cogs of consumer-capitalism and has seeped into almost every aspect of our daily lives. Of course we will have days when we feel dissatisfied, grumpy, at odds with the world and ourselves. Of course this will be reflected in the way we view ourselves and our perception of how others view us. This is not failure; it is indicative of the fluctuations of daily life. But an occasional ‘off day’ which we know will pass is not the same as chronic hatred of or dissociation from a particular body part or the body in general. This latter is not failure either. It may have occurred for any number of good reasons, including trauma and pain. But in the context of yoga it is a state which can and should be recognised, addressed and reformed in the quest, not for an ideal of physical beauty or eternal positivity, but for peace of mind. The postural aspect of yoga (asana) is practised first in order that the body ceases to pose an obstacle to meditative states, and eventually to enable those states; the healing process is a prelude to the deeper spiritual endeavour that is yoga. 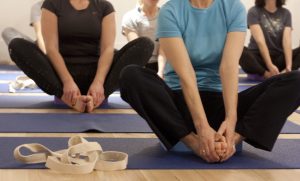 I do not ask explicitly about my students’ relationships with their bodies. I am not a counsellor or a psychologist. But I do listen to them, look at them and touch them.  By working collaboratively to observe responses in practice (verbal, physical, physiological, emotional), my students and I are able to deduce, never infallibly but I hope with a fair degree of accuracy, where there is a disconnect, for whatever reason, between their consciousness and the lived experience of inhabiting their human body. We all have them, these bodies and their hidden truths. Gems sometimes so buried, so forgotten, that we do not know they are there. We also have all we need in our yoga excavation pack: a shovel, a lens and a spotlight. To dig them out, bring them into focus and then switch on the light and let them shine.

Bare in the glare of our own consciousness can feel like a vulnerable place to be. We will be breaking long, long habits of ignoring the things we are now bringing to light. We may have become partially disembodied at a certain point in time for our own safety, for survival even. But when practised with due awareness and discipline, yoga offers a tried, tested and progressive means for making a safe and thorough exploratory excavation of the body-mind complex; a process that transforms pain into power, surviving into living.  What do we have to lose? Only the silt of embarrassment, shame and guilt associated, for whatever reason, with the parts of ourselves that over the years we have felt the need to dissociate from. What do we have to gain? Jewels of acceptance, renewal, celebration; and the chance to exist as a fully integrated human being. Yes, yoga can be an act of radical feminism. Let’s get naked and enjoy the party.

The Happiness Con
Inside Out