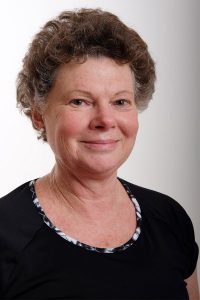 I teach Iyengar yoga so that I can play a small part in sharing BKS Iyengar’s system and wisdom more widely.

Jane joined her first Iyengar yoga class in freshers’ week at University in London back in 1976- over 40 years ago! Over the next twenty years she attended a variety of classes with some great teachers in London before moving to Herefordshire where she found inspiration and guidance from Sheila Green and Fiona Hawkins. She attended regular classes in Herefordshire for several years before completing her teacher training with Sheila. She qualified as an Iyengar Yoga Teacher in 2006 since when she has run evening classes  in Hereford and Ledbury.   Jane has been lucky enough to be able to travel to Pune  on two occasions to experience the wonderful  teaching of Guruji, Geeta, Prashant and Abijhata. She attends a weekly intermediate class with Sheila Green and attends workshops, the annual convention and professional training days to continue to develop her own practice. Jane is really looking forward to working collaboratively with other teachers at Hereford Yoga Centre to enhance the opportunities for students to experience the benefits of Iyengar Yoga for themselves. 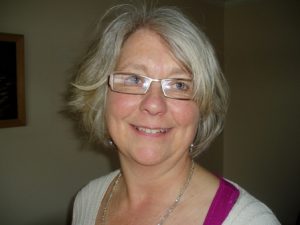 I love Iyengar yoga because it makes yoga accessible to anyone who is willing to give it a go, it’s a safe method and people can progress at their own pace.

Rowena first discovered Iyengar yoga during her first pregnancy and that baby is now 30 years old! She had done other types of hatha yoga and tai chi before that, but nothing compared with the impact made by a really good Iyengar yoga teacher. After a couple of classes she was hooked! She was taught by Richard Ward for a couple of years and then started teacher training with Kathy Welham in Bristol.

Rowena has found her personal practice a source of steady support through the ups and downs of raising two children, surviving skin cancer and meningitis, helping to care for a severely disabled grandchild and running a successful conflict resolution and facilitation consultancy.

Rowena qualified as a teacher in 1990 and gained a Junior Level 1 certifiacte in 1998. She used to teach at Yoga West in Bristol until moving to Longtown, Herefordshire nine years ago. She has been fortunate enough to attend intensive yoga courses in India, makes sure that she goes on retreat at least once a year and attends teachers workshops with senior teachers to maintain her professional development as a teacher. 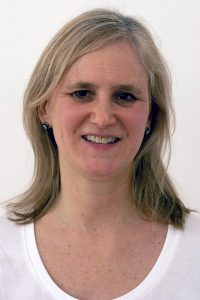 I love the Iyengar method as I’ve found that through discipline comes freedom.

Lisa has been practicing Iyengar yoga since 1998, studying with senior teachers in San Francisco, and quickly developed a regular home practice. Moving to the UK shortly after, she started her teacher training at the Iyengar Yoga Institute, Maida Vale and gained her Introductory Level 2 certificate in 2006. She is now working toward Junior Intermediate Level 1. Focus, compassion, honesty and joy guide her individual practice and her teaching. 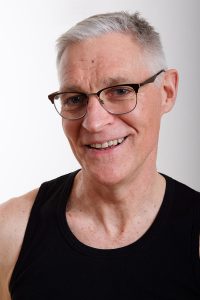 I practice Iyengar yoga because it keeps me sane in an increasingly overstimulated world.

Prabhakara is a Senior Intermediate Level 1 teacher and has been teaching since 1998. He began practicing yoga in 1988 and attended his first Iyengar class in early 1990, in Dunedin, New Zealand. He visited the UK in 1994 ‘for a couple of years’ but has been living here since.

In 1997 Prabhakara was ordained into the Triratna Buddhist Order (Prabhakara is a Buddhist name given at the time of his ordination). His exploration and practice of Buddhism has developed in parallel with his exploration of yoga. He began to practice yoga because he was so stiff that he found sitting for meditation difficult and uncomfortable. He then observed that his chronic back problems disappeared overnight once he began to practice yoga. Dealing with back pain was the incentive that kept Prabhakara practicing and the ‘feel good’ factor he felt after each yoga class was the motivation to continue and to explore yoga more deeply.

Prabhakara has been teaching in Birmingham at the Birmingham Yoga Studio for the past 15 years and recently moved to Malvern where he lives with his partner and young son.

The art of yoga is the art of living. I love to observe the process of integration the practice brings to all aspects of life.

Jenny-May has been practicing yoga since 1997, and discovered Iyengar yoga in 2000, since when she has studied with advanced teachers in India, Europe and the UK. She completed her Introductory Teacher Training in 2007 and, after  having her two children, became certified to teach Iyengar Yoga in 2011. Jenny-May is a student of Jayne Orton at the Iyengar Yoga Institute of Birmingham and attended the post-compulsory Intermediate Teacher Training (Levels 1-3) with Faeq and Corine Biria in Paris between 2012 and 2015.

In 2014 she founded Hereford Yoga CIC, a not-for-profit social enterprise with the aim of making Iyengar yoga more widely recognised and practiced, especially amongst hard to reach groups. This led to the opening of Hereford Yoga Centre in January 2017.

Jenny-May’s classes are up-beat and down-to-earth. She has created a friendly and inclusive space, which allows the people of Hereford to experience the benefits of a disciplined practice. Hereford Yoga Centre’s programme of classes and workshops is designed to promote a serious exploration of the subject in a fun and open environment.